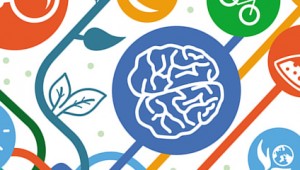 Have you ever been so gobsmacked by an amazing coincidence that it stopped you in your tracks?

You might have been thinking about someone you hadn’t seen for a long time who suddenly contacted you from out of the blue. Or you might have been astonished by an unexpected encounter with someone who could help you solve a problem with which you felt stuck.

Perhaps you experienced a series of such remarkable coincidences that it led you to wonder what hidden order or organising force might exist, linking our inner and outer worlds.

Such experiences are examples of synchronicity, the uncanny timing of events that compellingly seems to go beyond pure chance. I used to be very sceptical about such a mystical-sounding concept, believing that even the most striking coincidences could ultimately be explained by random occurrence, perhaps combined with people looking out for particular types of coincidences.

As a psychologist with extensive training in scientific method and rational thinking approaches, I believed that the notion of synchronicity — that coincidental events could be non-random and meaningful — was a merely superstitious idea.
Then, after a few years of working as a therapist, something changed. When I first read about synchronicity, based on the theory of Swiss psychiatrist Carl Jung, I experienced a seeming explosion of synchronistic experiences that most definitely stopped me in my tracks. Even more surprisingly, many of my clients started to report their own synchronistic experiences without me prompting them to do so.

I now believe that such coincidences, if recognised and interpreted in the context of our values and goals, can help point us in the right direction, or affirm us on the path we are on, enhancing our sense of life direction and purpose. I believe that synchronistic experiences often serve as “ticks from the universe”, affirming that we are on the right track in whatever course we are pursuing.

Though interpreting synchronicity is based strongly on intuition, I believe this is not a lesser form of thought than rational thinking. It can be especially useful at times in guiding us in finding solutions, representing what I call “the power of supra-rational thinking”.

Several features of synchronicity, of seeming non-local connection between people or events, overlap with findings from quantum physics, such as that objects can be instantaneously connected at vast distances.

In later columns I hope to elaborate on and illustrate these ideas based on what I have learned from clients’ stories, personal experience and study of synchronicity. This will include material from my forthcoming book, Synchronicity: Empower your life with the gift of coincidence.

At this advanced stage of my career I am especially interested in the things I’ve noticed and learned as a therapist that are under-recognised or under-appreciated with regard to our mental health. The potential meaningfulness of striking coincidences in people’s lives is one of those things.